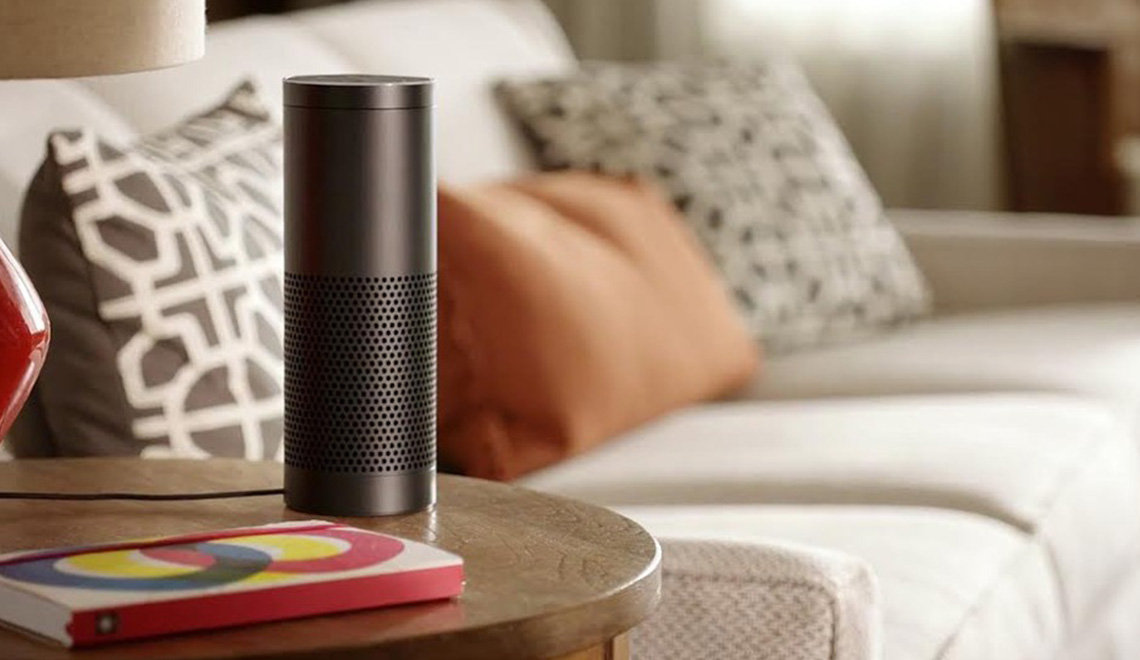 Mobile devices are an integral part of our lives and we use multiple applications on these devices to not just entertain ourselves but help us in communication, completing tasks, etc. Often the only way to interact with these devices to unlock, tap an application, perform the task and move on. Voice enabled commands have made significant inroads in popular mobile operating systems like Android and iOS. Google Now and Apple Siri understand and can perform commands that are complete voice driven. Amazon took the Voice Enabled Application experience a step further by focusing their research on what would make an optimum voice experience and feel almost natural when interacting with a device. Their research culminated in releasing the Amazon Echo, which is a Natural Language and Hands-free Voice-enabled wireless device. The Amazon Echo has been a huge success and consumers have been largely accepting of the experience that is completely driven by Voice and which feels natural to most of us.

What does an Amazon Echo device do?

What does the Amazon Echo range of devices do? The process of interacting with it is very simple. It goes something along these lines:

The magic behind this is the Amazon Alexa Voice Service, which is the intelligent engine that drives the whole experience. This Voice Service is hosted and managed by Amazon.

Amazon has created not just the Echo range of devices but an entire ecosystem around Voice Applications, thereby catering to all categories of users i.e. you could be just a consumer of the service, a developer adding a new capability to the device, a hardware manufacturer who wants to integrate a Voice service in their product and more. The ecosystem consists of the following:

One of the key reasons for wide spread mobile penetration was not just the availability of devices but an open ecosystem where the popular mobile OS vendors hosted a Marketplace for applications. These Marketplaces (Google Play and Apple iTunes) allowed independent developers to develop and publish their applications for everyone to install and use. It resulted in millions of applications thereby providing a choice to the consumer and applications in multiple categories. Amazon has taken a similar approach and Voice Skills for the Alexa Platform can be developed and published in their marketplace. To help developers jumpstart development of new Alexa Skills, they have also released an Alexa Skills Kit, which provided boilerplate code in multiple languages like Node.js, Java and allows a developer to quickly understand and develop new skills. The development of the skills is straight forward and any experienced web developer will be able to understand the process quickly. What is most important to spend time on designing the skill and the voice interaction design. Amazon has documentation available to designing an optimum experience. At present there are about 1500 skills present in the Alexa Marketplace and while several of the skills are not very useful, these are initial days and the marketplace is likely to reward early adopters and movers as consumers begin a push towards Voice Enabled Applications.

Amazon definitely has a winner on its hands via the Amazon Echo range of devices. We do expect that these devices will change over time in terms of form but the fundamental premise of allowing users to experience pure voice driven applications is likely to grow. The move to setup a whole ecosystem that allows everyone to participate is a good move and is likely to pay dividends in the future. For developers it is important to consider what kind of voice experiences they would like to create. Not every mobile application can be converted to a voice experience and a good amount of time should be spent to design the Voice interaction for the particular skill that you want to develop. And if you get the experience right, your users are going to appreciate the completely hands-free experience to get the data or complete the task that they wanted.