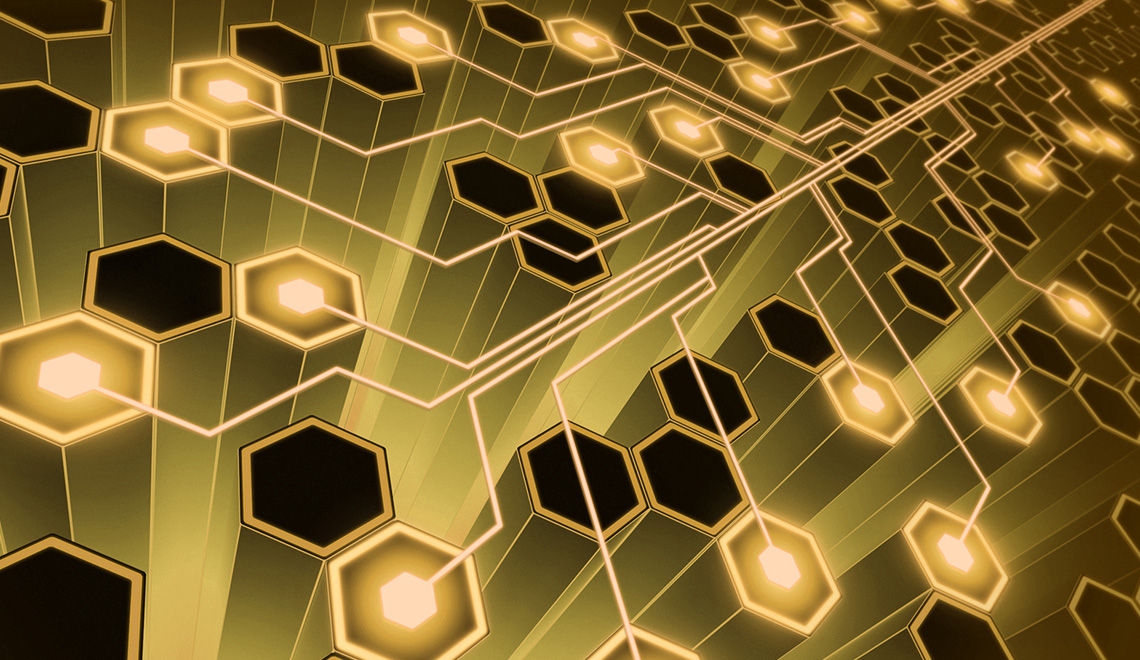 Microservices is an architecture to create an independent and decoupled processes or services which are easy to deploy and develop. These services follow the single responsibility principle to serve a single business goal. These services interact with each other using API Gateway pattern.

Developing MSA from Monolithic/SOA based application

Demerits of this architecture:

One of our engagement of providing a healthcare web solution interface required users to enroll themselves to the health exchange by registering to the insurance policy. The legacy product was previously built over service oriented architecture (SOA). Each module was interacting with each other using REST API. 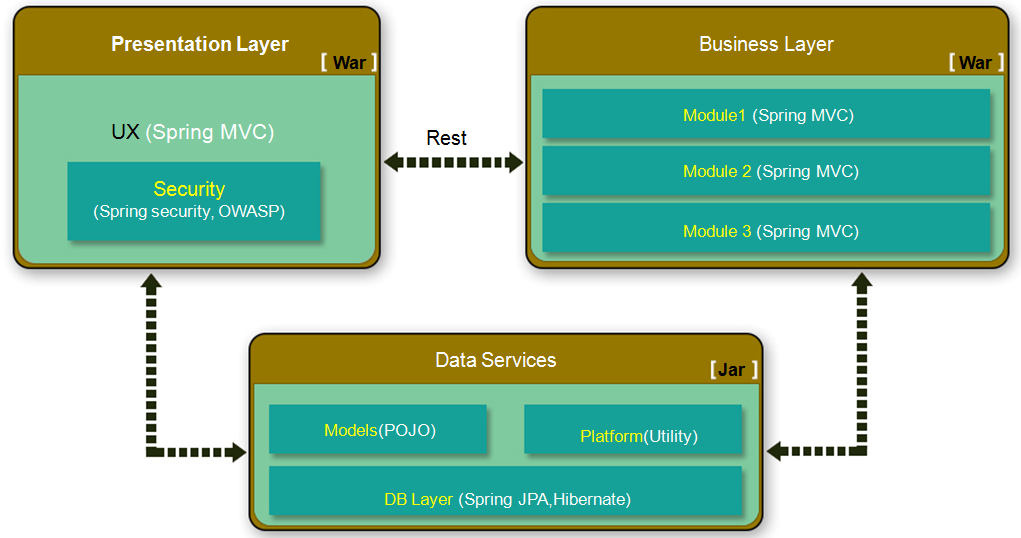 The above diagram shows the SOA architecture with typical 3 layers of the product. The Presentation layer interacts with the Business Layer using REST APIs. The Business layer is distributed within multiple servers interacting with the monolithic DB/persistence layer.

Need for evolving the solution/architecture:

The architecture has been evolved to the below diagram 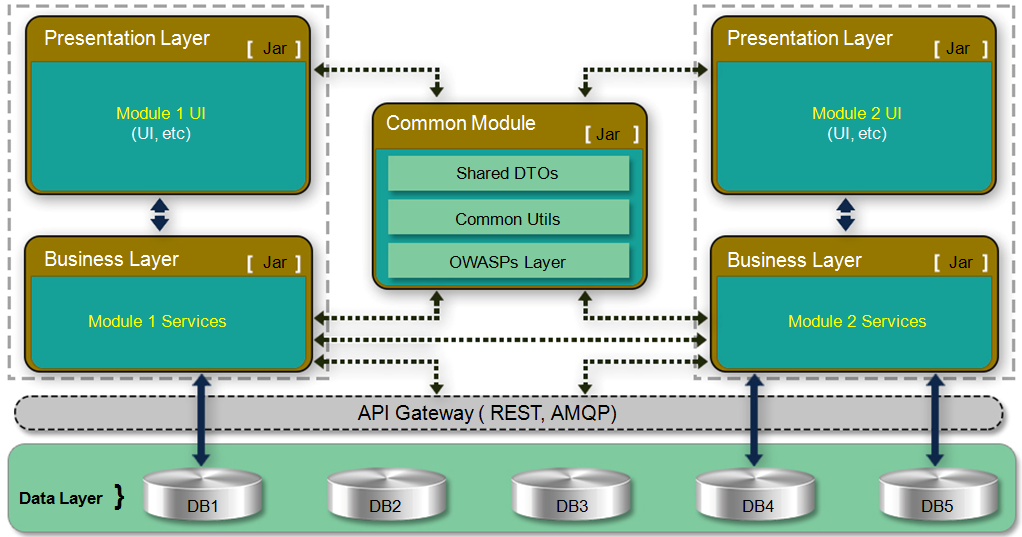 The module was identified and the feature was evolved to the Microservices architecture. Each service had its own UI, a business logic and an independent DB. On development end, each Microservices had been independently managed by a small team having its own code repository. The feature was easily modified and had its own deployment / releases without affecting the overall product feature. Team could choose their own technology/DB or architecture suitable for their business need. As the product drilled down to many decoupled applications, each feature could be sold out as an independent product. The inter-module interaction was done only using REST/AMQP without knowing the architecture of the other service.