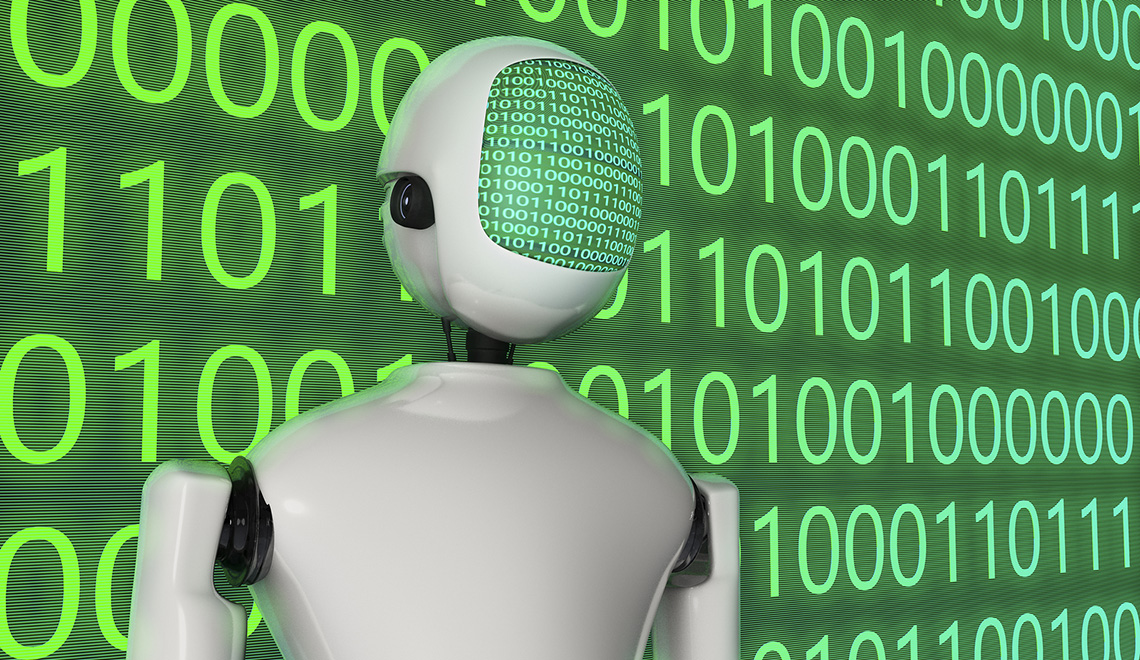 Mobile applications are a new window to user solutions across businesses. With every user need shifting to mobile, the numbers of mobile apps are increasing. Therefore, the increasing competition to deliver quality apps is on the rise.

Testing mobile applications is becoming a key process before rolling out app releases to users. Hence, mobile test automation is the need of the hour to facilitate thorough testing of mobile apps efficiently in less amount of time.

Robot framework is an open source test automation framework used for Acceptance-Test Driven Development (ATDD) implemented using Python. It has an ecosystem which consists of various test libraries and tools that adhere to the keyword-driven approach of Robot framework.

One of the external test libraries for mobile test automation is Appium Library which uses Appium to communicate with Android and iOS applications. This blog is a walkthrough of how Robot framework communicates with Appium to bring out the best of Robot framework and Appium to mobile test automation with the help of a demo on running a test suite for testing a basic Android application.

Robot Framework is a generic test automation framework released under Apache License 2.0. Robot has standard test libraries and can be extended by test libraries implemented either with Python or Java.

Setup of the Robot Framework

Robot framework requires installation of the following on the system:

Appium Library is one of the external libraries of Robot framework for mobile application testing which only supports Python 2.x. It uses Appium (version 1.x) to communicate with Android and iOS applications.

Here most of the capabilities of Appium are framed into keywords, which are easy to understand and help understand the purpose of the test case by reading the script.

Following are the key features of Appium:

To use Appium library with Robot framework for mobile application test automation requires installation of the following on the system:

A basic flow of Robot framework‚Äôs interaction with the application under test is illustrated in the following diagram. 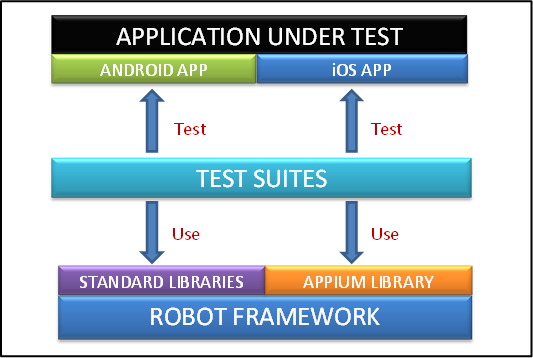 Fig 1: Interaction of Robot Framework With the Application Under Test

Appium Server: Appium is an open source engine running on Node.js. It is mainly responsible for the interaction between the app‚Äôs UI and Robot‚Äôs Appium library commands. It needs to be up and running to facilitate this interaction.

Pybot: This is a Robot framework module used to trigger the test scripts written in Robot framework format. Pybot reads the different framework files from framework‚Äôs code base and executes the tests by interacting with Appium Library. On completion of test case/suite execution, Pybot generates report and log files with complete details of the test run.

The Appium server then starts an automation session and responds with a session ID. This session ID is used in sending further commands to the server. This is illustrated in the below flow diagram.

The following example is for testing the Calculator App on an Android device using Robot framework‚Äôs Appium library.

A test suite is a .robot file which can be written and executed using a python IDE. The basic skeleton of a test suite written using robot framework‚Äôs syntax consists of the following sections. 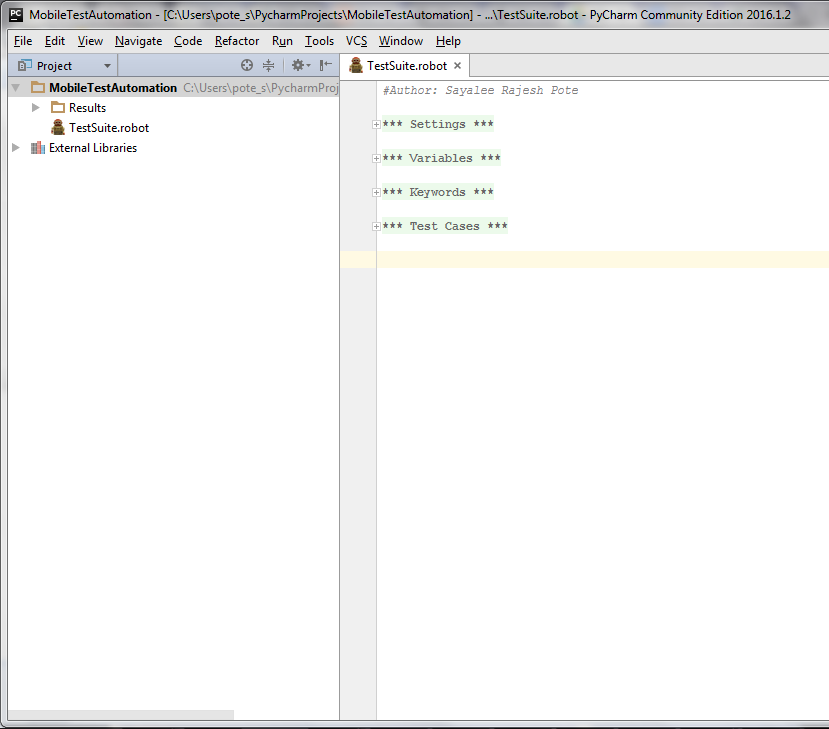 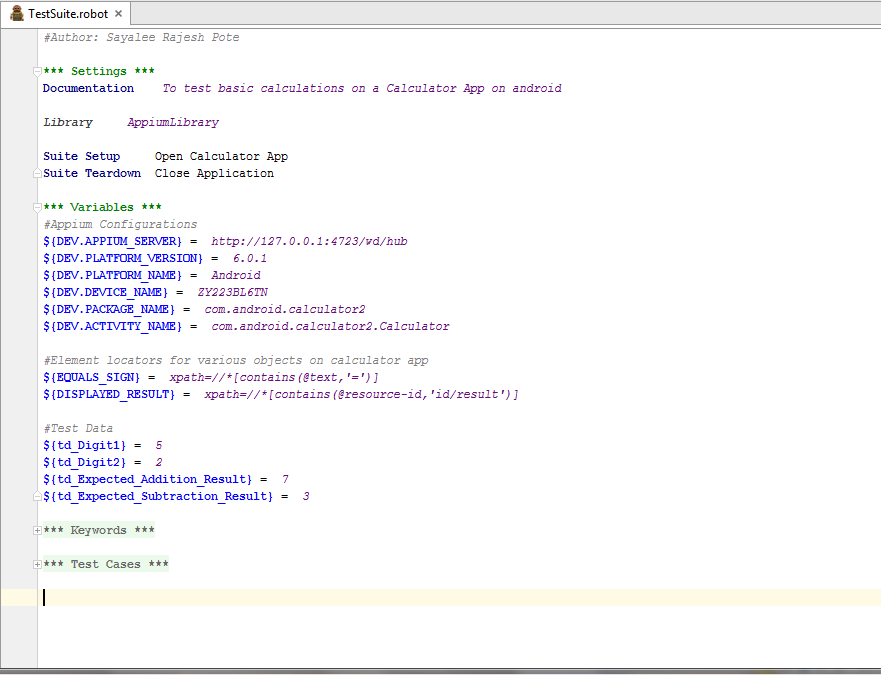 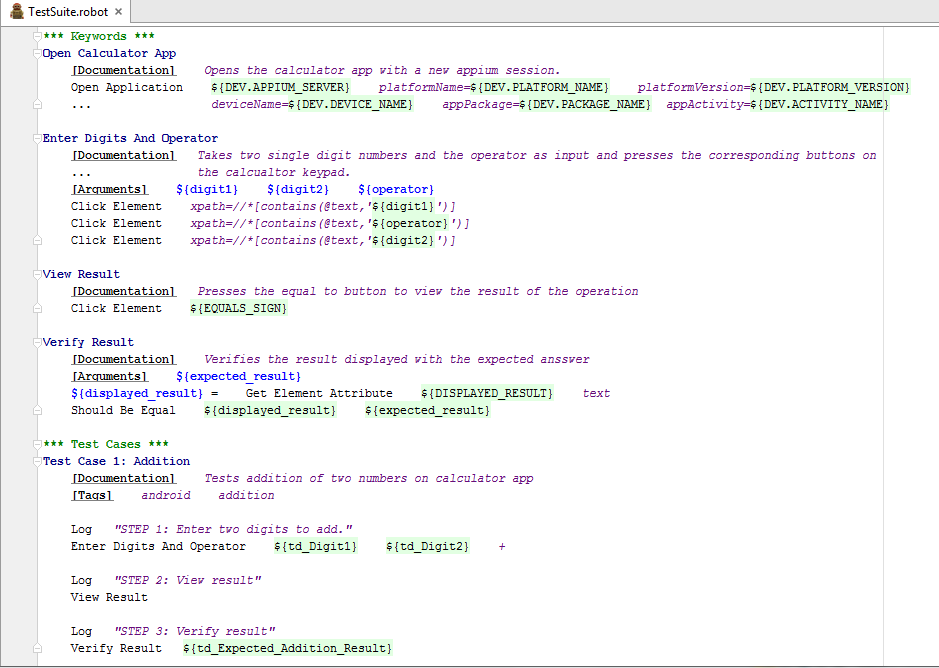 UIAutomator is a tool used to obtain the locators of all the elements on a particular android application. It is a part of the android SDK. The locators in the form of xpaths were obtained using UIAutomator for the calculator app (Fig 6) 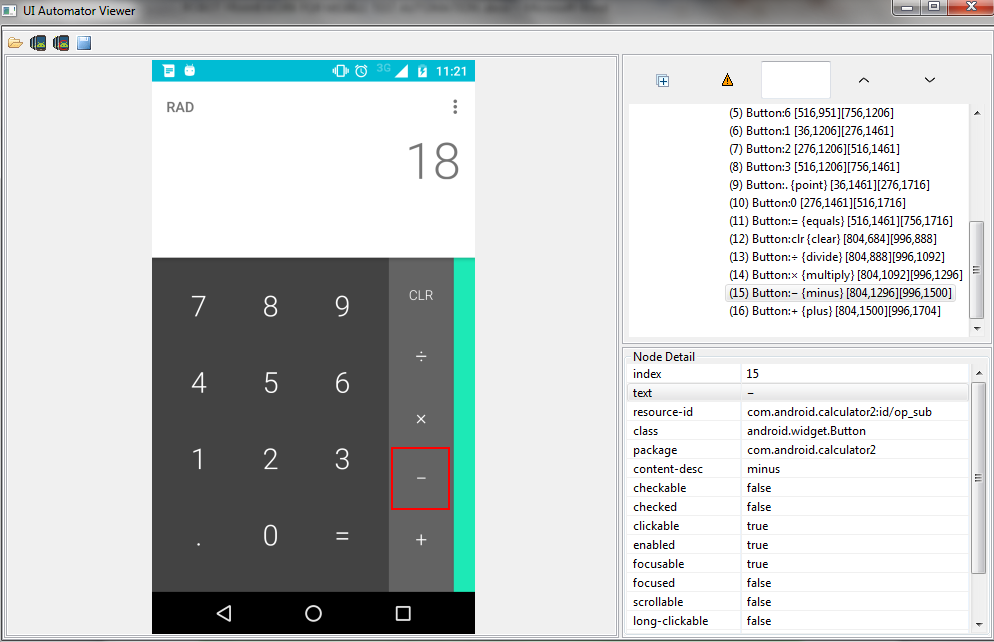 The above test suite can be executed using the following command on python terminal: pybot -d Results\TestSuite  TestSuite.robot 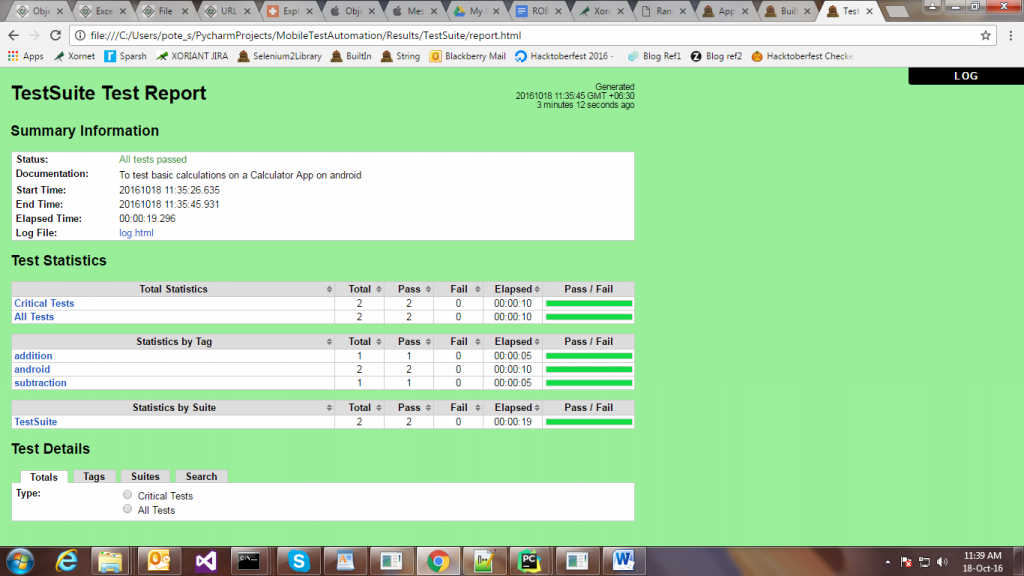 In conclusion, the Appium library of Robot framework facilitates automation of test cases for mobile applications with a simple tabular syntax. This is easy to read and is platform independent, without altering the source code of the application under test.

The keyword-driven approach of Robot framework ensures the reusability and readability of the test cases, thus making the automation framework robust and tester friendly.