Artificial Intelligence: The Future of Testing in Software Development Lifecycle With Katalon 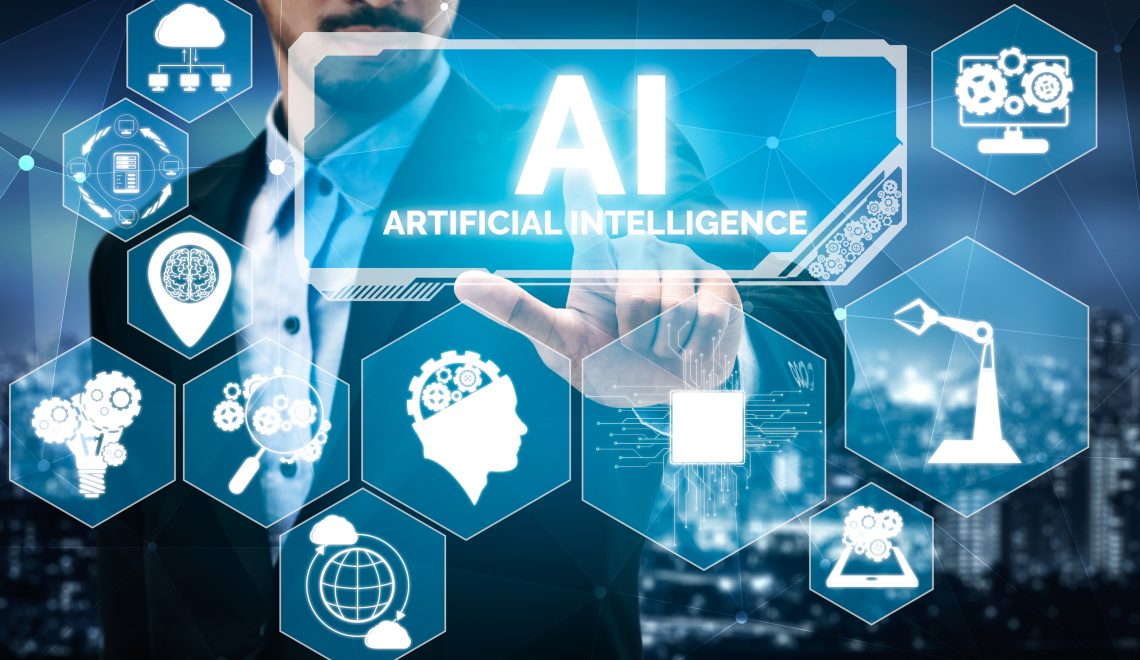 Imagine if your software development team could use one simple testing tool having artificial intelligence to shorten delivery cycles, improve customer experience, update new features regularly and ramp up DevOps with best practices.

What if we could share some insights on the growing trend of artificial intelligence in software testing. And how we used an AI plugin with a testing tool for one of our customers to automate functionality in less than a day. All this can be done having a basic knowledge of a programming language and testing of UI and API both on the web and mobile. Businesses can even optimize resource allocation using this single tool for both web and mobile automation.

You would be pumped to witness how artificial intelligence can revolutionize your software testing.

In this blog, we are going to share an insightful piece on how artificial intelligence will change the future of the testing in SDLC. And we have used a new-age testing tool Katalon, describing how it will create this impact in your business.

In an evolving digital age, competitors donâ€™t cease to grow. Every business, regardless of the industry vertical, is customer-obsessed. Companies are forced to transform and innovate faster than before. According to a Forrester report, the potential ROI of speed and faster release results in a revenue impact of improving customer experience.

Artificial intelligence has witnessed a significant maturity as a powerful technology with unending business applications. According to a 2019 survey, consisting of global data and analytics decision-makers, 53% have implemented or are in the process of upgrading their business systems implementing some form of artificial intelligence.

We have all come to terms to believe that Artificial Intelligence (AI) does have potential benefits and threats as well. Combining natural intelligence with machine learning, and its innate ability to scale, artificial intelligence can be integrated into development teams, automating mundane tasks while boosting human capacity with new insight.

In this blog, we will walk you through one of a new-age testing tool â€“ Katalon. If you are a project manager, QA Manager, a part of the agile team with quality assurance, developers and testers looking to apply artificial intelligence in testing, this blog is for you.

Katalon is a power-packed automation testing tool developed by Katalon LLC. It is named as one of the most emerging and robust testing tools. In addition to Selenium, Ranorex and Apache JMeter, testing engineers choose Katalon for its specialized IDE interface for all  Ui Testing, API Testing for both web and mobile applications also testing of Desktop apps. This tool is versatile, user-friendly and license-free. It can be launched on any Microsoft, Windows, Mac OS and Linux devices.

Katalon has a dual scripting interface that allows the tool to have wider adoption & integration among users and brings in easy deployment as compared to Selenium. It is ideal for all various types of testers and being a cross-browser tool, supports web, mobile and API testing which goes with analytics and recording modules.

Why should businesses use Katalon Studio in Continuous Software Testing?

Integration with CI/DevOps: Katalon is compatible with multiple tools used in continuous integrations & developments. It is integrated with cloud CI tools like Travis CI, Sauce Labs, Selenium Grid, Kobiton, and many more.

Smart Analytics Dashboard & Reports: The automation testing tool allows users to analyze tests based on a recorded scenario with its inbuilt data-driven testing modules. Katalon Studio displays analytic results in built-in reports with easy export in PDF, HTML, EXCEL or CSV. The generated reports are visually smarter and simple to use.

1. Keyword Driven: Testers with minimum scripting proficiency can use keywords that represent usersâ€™ actions on the AUT (Application Under Test) and can execute test automation easily. The keywords in this type of test can also be customized.

2. Data-Driven: In data-driven testing, data is sourced from data pools like Excel files, CSV files, ADO objects and then test is executed by reading test scripts from such data sources.

5. Gamut of Toolset and Integration: This comes with ALM (Application Lifecycle Management) integration, framework, and plugins with easy installation on Mac OS, Windows and Linux. Therefore, Katalon doesnâ€™t require any additional integration to run a test. Katalon supports parallel execution and can be adjusted to any framework. This can also be integrated with GitHub and Jenkins.

Few of the salient features of Applitools Integration Plug-in are:

Applitool can be mostly used for mobile devices having multiple screen resolutions & screen size. It is not feasible for testers to test the application on all types of devices. This plugin can help in UI testing whenever changes are made in the application. Even the smallest change works on the elements of the page.

The above-stated plugins increase the efficiency of Katalon and make it more robust in the AI space. The future is a machine and the central nervous system to the machine is artificial intelligence. So, Katalon as a testing tool with artificial intelligence has a great future prospect in automation making it an easier, effective and efficient tool.

Xoriant Katalon Testing for a Client

One of our clientâ€™s critical requirement was form submissions. The application software was available on multiple devices both on the web and on mobile (Android and iOS). As there were large scale form submissions, there was a need to validate the performance of the API responses on different screen resolutions and versions. The logic flow of the application included form creation on the web and its submission from the mobile. This needed two different software one for API Testing and another for Mobile Testing.

Xoriant engineering team used JMeter tool for performance of API and SOAP UI for mobile. Katalon was used to test the application on the web, mobile and API. The user-friendly framework was used to test the application on different screen resolutions, with easy integration of the automation code. Using Katalon, form designing on web and submission on mobile executed in one single flow while performing testing.

As a trusted partner, your business can leverage the assured benefits of Xoriantâ€™s testing services. In an age governed by faster deployments and DevOps transformation, our skilled engineering team, with testing automation frameworks, api testing artificial intelligence can accelerate the testing cycle and reduce overheads while delivering superior quality governance.

Talk to our experts to achieve 100% test coverage and how you can leverage artificial intelligence in your software development lifecycle.