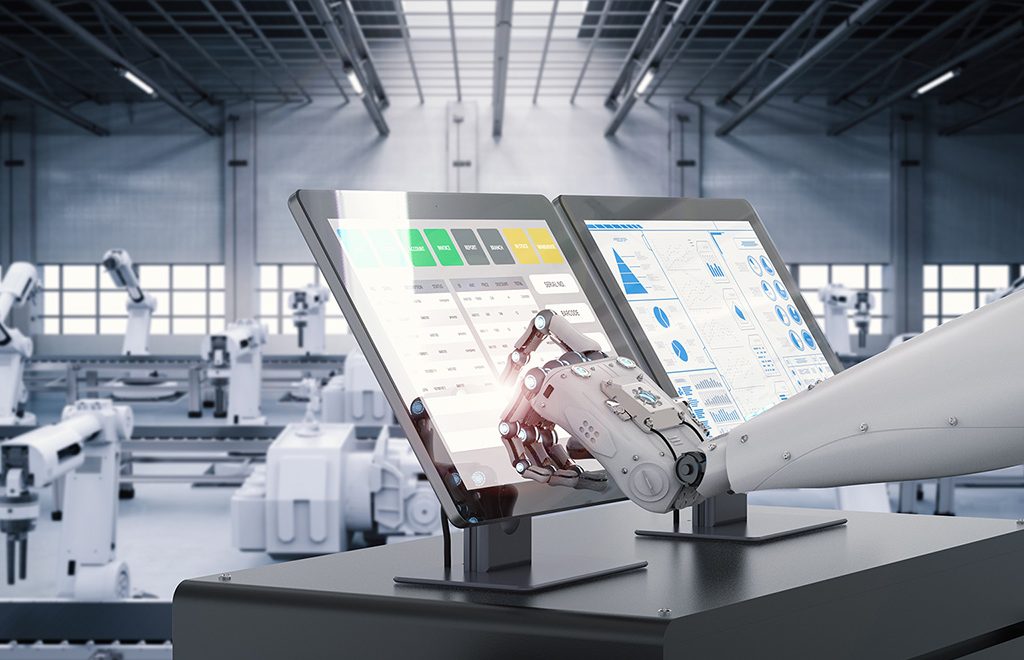 Testing is a process to ensure a defect free software to the customers. It safeguards an application against failures that may result in future.
To ensure that the software packages are defect free, the companies are moving to using artificial intelligence in testing, be it manual or automation. In new digital technology the machines will be writing and executing the test cases which will take less time to write and execute, however little intervention of humans is needed to make machines learn and improve.

Artificial intelligence gives machines the capability to process information on their own and react to changes in environment and learn new things. Given the huge amount of data the machines can analyze the data and identify the matching data logically. This can be done easily by using some algorithms.
Artificial intelligence robots are coming which will be able to perform various tasks including software testing with little input from humans. This will ensure that the testing efficiency is increased and failure rates are decreased.

The need of Artificial intelligence

Software testing utilizes most of the time and is error prone and inconsistent. Also it takes lot of time to write test cases and execute them. Most of the time the tests are repetitive in nature and are required to run the same tests again and again.
If we use artificial intelligence in testing, the AI robots require very less time and they are capable of finding new paths in application on their own. They are also easy to maintain.
The algorithms used in AI bots can be used to make smart and productive software for the customers. The AI algorithms can be used to find defects early in the software and enable developers to build the best product.

Integration of AI with Automated Tool

Humans can take decisions to identify a bug or a new feature during regression testing and in automation. Automation testers write a code to execute those scenarios through automation which helps to check that actual result is the expected result or not.

Artificial Intelligence automation is based on an intellectual decision making system during regression testing. This decision system is based on an intelligent approach and is built on algorithms. These algorithms are prepared on the basis of vast data and examples. AI algorithms acquire information from test data and provide the application - stability, failure pattern, defect area etc. The information collected can be used to estimate, automate and magnify decision making ability, hence building a good quality product early in software development life cycle.

As and when a developer commits a code for any code refactoring or to defect fix, the artificial intelligence system comes into play. It correlates this information with test suites and auto generates test cases. It calculates the changes done in files and triggers the scheduler to run the test cases.
The speed of AI is such that AI can generate 1000â€™s of scripts or test cases in few seconds as compared to humans who can do the same task in approx. 5 weeks, resulting in increased coverage up to 100%.
In order to generate tests automatically the AI requires the following inputs.

*Please refer the above links for more details about these tools.

Automation testers can use AI everywhere, like creating test data, defect analysis, application testing etc. A Part of the testing is repetitive like regression testing and AI can quickly fill in the space. AI in testing is the big thing which will grow in future, but it won't replace humans. It can help the testers only in limited areas but the testers can work the basis of logic, creativity, business knowledge and spontaneous decision making areas. The testers working alongside AI can quickly revolutionize the way we test today.

It is still under consideration to implement artificial intelligence in testing as humans are more creative, they have more knowledge of the domain, product and experience. A good approach would be to train humans for using Artificial intelligence, monitoring robots, testing results and devoting more time in exploratory testing.
By working in tandem with the AI robots the testers will see the most valued and exciting part of testing that is still unexplored!