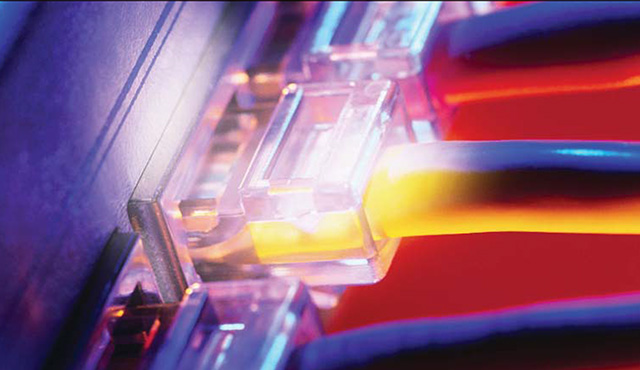 Our client is a leading global provider of network traffic, application performance management and business continuity solutions for mission-critical application environments. Our client’s dependable software, services and support utilize today’s technologies to provide cost-effective, innovative and reliable solutions allowing their customers to gain competitive advantage and better utilize their existing infrastructure for enhanced return on investment. Hundreds of customers worldwide rely on our client’s products to optimize the performance and availability of their business applications and information.

In networking parlance, load balancing is the act of distributing workload evenly across two or more computers, network links, CPUs, or other resources, in order to obtain optimal resource utilization, maximize throughput, minimize response time, and avoid overload. Using multiple components with load balancing, reliability can be increased through redundancy, as opposed to the use of single component. The load balancing function is best achieved through the use of software.

Our client’s existing product line was capable of handling IPv4 (RFC 791) TCP/IP traffic. IPv4 uses 32-bit (four-byte) addresses, which limits the address space to 4,294,967,296 (232) possible unique addresses. With increasing use of internet and mobile devices, the IPv4 addresses are getting exhausted. So a new Internet Protocol IPv6 (RFC 2460) is designed to succeed IPv4. IPv6 uses a 128-bit address. The new address length thus supports 2128 addresses, several multiples more. This expansion provides flexibility in allocating addresses and routing traffi c thereby eliminating the primary need for network address translation (NAT), which gained widespread deployment as an effort to alleviate IPv4 address exhaustion. There was a huge demand from client’s customers for support of IPv6 protocol in their products.

Due to change in the address size, structure and protocol for IPv6, there was a need to port the existing product line to support IPv6 addresses, and do the network load balancing for the IPv6 traffic. This would include changes in the device driver, application software and GUI to support new and bigger IPv6 address.

Our client wanted a solution that would provide the same features for handling IPv6 protocol as it used to support for IPv4 protocol. The objective was to enable the customers use the product for their IPv6 enabled network in the same way as they used it for their IPv4 network.

In the simplest IPv4 version of product, a VIP (Virtual IP used to represent the cluster as a whole to the client) has a dedicated scheduler whose responsibility is to collect the requests from the clients and forward them to the respective servers configured to serve the requests. The VIP gets added on the loopback interface of all the servers which are configured to be part of the cluster for a VIP. This method is in place so that the server completing the request could directly respond back to the client. This improves the response time because the request does not have to go back to the scheduler and then to the client. But in the IPv6 version the addresses added on the loopback adapter is not recognized by the IPv6 stack, hence the IPv6 VIP address could not be added on loopback interface.

The main challenges at the driver level were:

The primary challenges at the user level were:

Our client was looking for a partner who has expertise in the areas TCP/IP stack, network management, kernel driver development, kernel level and network level debugging, web technologies, user interfaces and shell scripts. Our teams worked with our client to gain understanding of the product with a view to re-architecting it to support IPV6 protocol. Since the product included driver for various OS platforms, there was a need to understand implementation of IPv6 by various OS platforms that the product is supported on. Since the existing product is not well documented, there was a need to go through the existing code to understand the implementation of various features by the product. 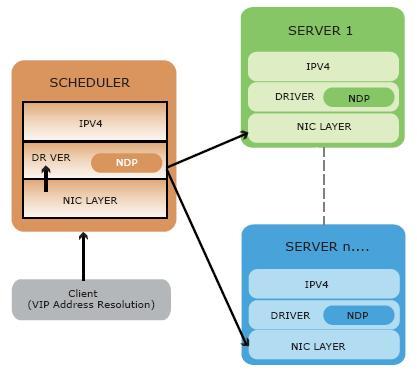 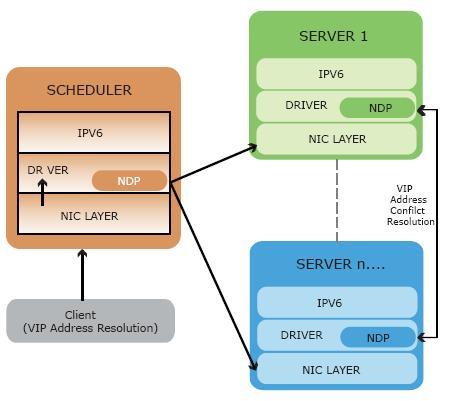 Some key aspects of the design and implementation phase were:

Xoriant’s contributions in testing were:

Xoriant demonstrated a very flexible approach to help us enhance our existing product functionality and re-architect the product to support IPv6 protocol. Xoriant was able to put together a good team; consistently track and monitor the progress. My experience with Xoriant is that they have a team that is technically very competent especially in the areas of TCP/ IP Stack, network management and also professional in its development approach.