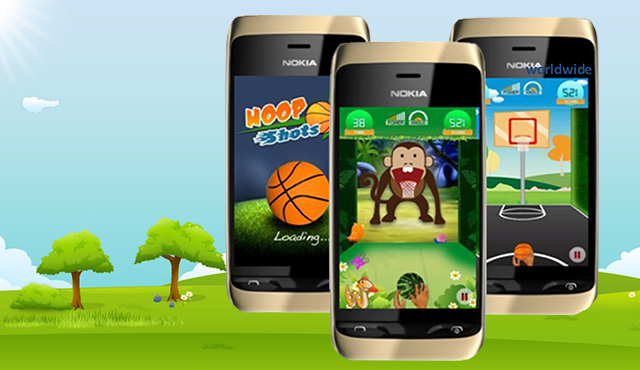 Our client, a well known game development specialist in the market is known for some of the most innovative game applications. In addition to being a dominant player in the industry, the company has an extensive portfolio which includes games developed for various genres. These include sports and recreation, education, puzzles, logic, adventure and much more.

Our client identified an opportunity in the wake of the NBA season which attracts a huge fan base worldwide. Our client wanted to develop a game app inspired from the classic American sport of basketball with some added features of its own. The game was to be developed for the Nokia Asha platform, which was the platform of choice for the client.

Our client wanted to launch a game app based on the popular game of basketball. The platform selected was Nokia Asha as the current marketplace lacked innovative games on the platform. The game was to be developed in a 2d format conceptualized on the idea such that a user should shoot a certain number of shots in a limited time frame. Due focus was to be given on UI development, to bring in the right look and feel of the game. The combination of an intuitive UX coupled with an optimal mix of elements such as sound and animation was important to provide a gripping gaming experience for the user. In addition to this an intensive QA process was required for delivering a quality application. Some of the challenges in developing the gaming application were as follows:

XORIANT CONTRIBUTIONS IN THE ENGAGEMENT

Xoriant has a significant amount of experience in mobile app development with a comprehensive portfolio covering different segments such as utility, lifestyle, business, reference and games across multiple platforms. This led Xoriant to be the right choice for the client for this engagement. Regular meetings were held between the Xoriant team and the client to obtain a comprehensive understanding about the project’s requirements. The Xoriant team consisted of a technical architect, a UI designer, a software developer and a QA engineer. Xoriant conducted a market analysis, with a focus group to identify the right target audience for the game app, eventually targeting users across age groups 4 to 50.

Xoriant built the app from start to finish with some of the key contributions are as follows:

Some of the significant contributions in QA phase are as follows: 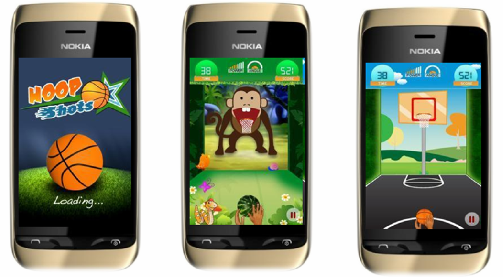 (Screenshot of The HoopShot game on Nokia Asha)