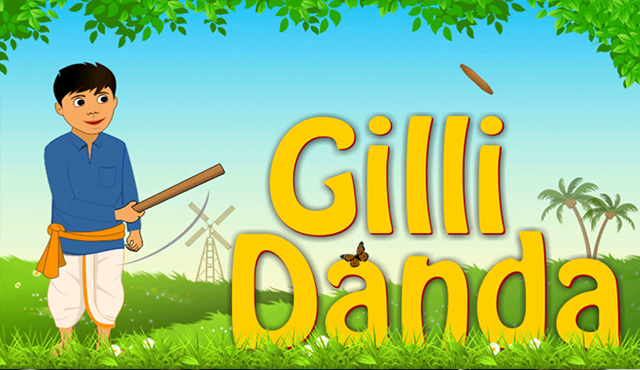 Our client a renowned mobile game development specialist is known for designing and developing creative and innovative game apps which enables on the go users to leverage their mobile devices to the optimum. The company’s portfolio includes games developed for various genres such as sports and recreation, education, puzzles, logic and adventure.

Our client wanted to create a game which had a horizontal format similar to the popular game ‘Angry Birds’, with an Indian concept. The sport Gilli Danda seemed to be a potential idea, for a Windows Phone gaming application, though it has earlier been a popular Indian game, an application was still missing from the Mobile space. The gameplay includes a ‘Gilli’, a short wooden stick which is hit by another long wooden stick known as ‘Danda’.

Our client wanted to launch a game app called GilliDanda with inspiration from the traditional Indian sport of the same name. Gilli Danda is a game with more traditional roots as compared to popular games like cricket, basketball and hockey. The game was to be developed not only in a 2d format but also in a 3d format as well. Due focus was to be given on UI development, so as to give the right look and feel of the game. Coupled with these additional elements were to be incorporated to provide the right balance for sound and animation. This was to be followed by an intensive testing process so as to ensure that the game matched the quality prerequisites for a rich user experience. Some of the challenges in developing the gaming application were:

XORIANT'S CONTRIBUTION IN THE ENGAGEMENT

Xoriant has a significant amount of experience in mobile app development, with a comprehensive portfolio covering different segments such as utility, lifestyle, business, reference and games with the ability to publish in multiple platforms. Coupled with this, Xoriant had also created frameworks such as Xoriant Smartphone Application Accelerator and the Xoriant Enterprise Mobility Platform which enable applications to be developed in a much shorter time, along with the ability to be present across different platforms. Owing to these factors, Xoriant emerged to be the right choice for the client along with the presence of a multifaceted team of technical architects and developers. Regular meetings were held to garner a comprehensive understanding about the project’s requirements.

A team consisting of a technical architect, a UI designer, a Software developer and a QA engineer was made to meet the project requisites. Xoriant conducted a market analysis, to identify the right target audience for the game app, eventually targeting users in the age group between 25 to 50.

Following the research Xoriant went through with entire life cycle for the game app development. Xoriant was involved in the complete process of the application development; some of the key contributions are as follows:

Some of the other significant contributions were as follows:

QA cycle also played an important aspect for game development, some of the significant contributions in this realm were as follows:

A 3D version of the game was also developed simultaneously with some of the contributions being as follows: