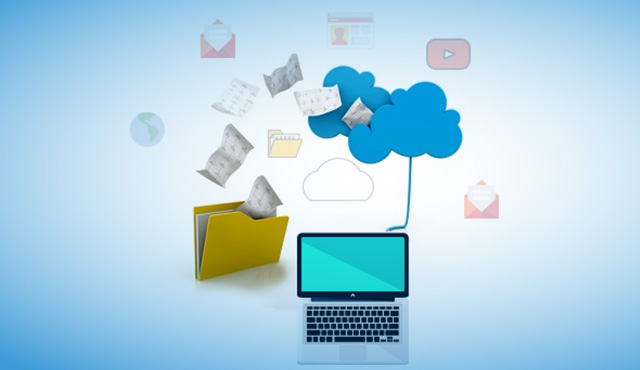 Our client is a leading US based ISV delivering data acceleration and management solutions that enable companies and individuals to transfer large amounts of data at high speed over the internet cloud. Our client's portfolio of software solutions help organizations and individuals transfer data fast and manage data across a multitude of applications while maximizing performance, maintaining data security, privacy and minimizing capital and operating costs.

Our client wanted to develop data acceleration and management solution that would enable businesses and individuals to transfer large amounts of data at high speeds, while optimizing the flow of information over the Internet and maximizing network performance.

Another issue was there was no pre-defined data size and it could range anywhere between a couple of Gigabytes to Terabytes. Transferring bulk data over the network resulted in increased time and cost to the end user and client wanted to optimize these parameters to benefit the end customer.

In addition, a prime requirement was data security, since the internet is prone to lot of malicious content which could lead to several adverse effects to the enterprise.

The client was looking for an agile innovative partner with strong product and technical background who will understand the complexity of the transfer solution and provide competitive offerings for the "High Speed" data transfer solution. The client wanted to partner with a product engineering company who would adapt to the evolving requirements of the solution and yet keep low turnaround time.

The solution was designed considering two different scenarios, in one wherein data transfer speed is of most importance over reliability UDP protocol was used for data transfer. Along with the UDP a periodic connection is established which checks for the acknowledgments from the receiving end. Since, the acknowledgement is periodic the time is reduced and the packet is also received with maximum throughput.

For the other scenario when reliability of transfer is more important over speed of transfer TCP connection is used as sending data over UDP resulted in significant data loss. However sending data over TCP reduced the throughput for which a re-entrant TCP multiplexer module was implemented.

An in-memory compressor feature is built in the sender component where zlib default compress is used to compress/decompress data at the sender and receiver end. This enables transferring huge amount of data in a significantly shorter time.

Solution was designed to also ensure data security as another key feature, AES-128 and AES-256 algorithms are used for providing 128 / 256 bit encryptions. mcrypt library is implemented for data encryption based on key given by user on the configuration.

Solution not only can be used for an individual user but can also be used on an enterprise level where an organization can transfer data using a single receiver component connected to the multiple sender components installed on standalone machines. This solution will not only ensure the accelerated speed of data transfer but also the encryption and compression of data.

A wizard type installer was created for the installation of the sender and receiver components using NSIS scripts. This would then be installed as a Windows service or a Linux demon on the Windows and Linux machines respectively. A rich UI was also provided to set configuration parameters like listening / sending port, encryption algorithm, to be compressed, etc. for each component. Another functionality that can be configured was to enable data transfer across the firewall after due SOCKS5 authentication.

A QA team was formed to define a comprehensive testing process for this engagement. Certification matrix was created with OS and different flavors,solution was tested against them. Tools like Filezilla was used for manual file upload and the solution was compared for the speed and reliability of data transfer while JMeter was used for load testing.

Automation scripts were written to replicate real time scenario and send random size of data to be transferred.

Wireshark was used to trace the path of the data transfer and identify if the right protocol was applied.