A Tale From the Front Line of ISV Product Modernization

Xoriant SVP Ravi Viswanath opened the Masterclass talking about modernization as a competitive imperative. Among his key highlights: 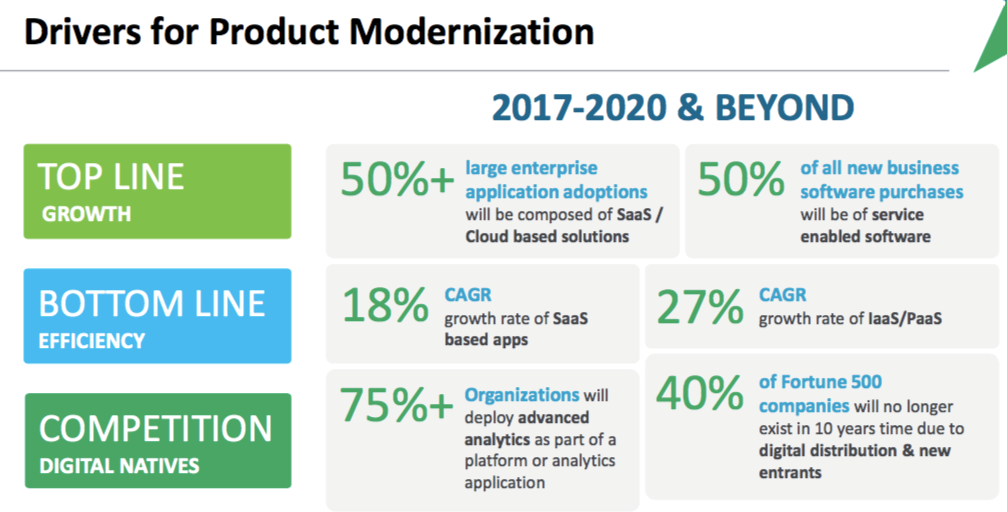 Roger put his customers’ work in context for the audience: “We can be here today and be doing really interesting, innovative work because we don’t have to spend our days thinking about how to feed ourselves. SafetyChain’s customers throughout the food supply chain are doing that for us.”

For many technology companies, product modernization is a necessary response to enable customers’ digital transformation. For SafetyChain, modernization has been a source of competitive advantage, but it was SafetyChain leading the charge, not its customers.

“When I first came to SafetyChain I was surprised to see the food industry still running on paper and spreadsheets,” Roger explained. “The problem wasn’t a lack of sophistication, but that the technology hadn’t caught up to the demands of the industry.” Particular barriers to digital transformation in the industry included:

Yet SafetyChain had faith that they could build a modern solution for the food industry despite those challenges. And that when they built it, the industry would adopt it enthusiastically.

Lesson #1: Invite your customers along

“Be targeted in your objectives,” Roger advised. “Think about what you want to accomplish, how and why.” With a firm grounding in those objectives, decisions along the journey come easier. That was the case for SafetyChain when it came time to decide how to manage customers’ requests for feature parity.

“We had this app that did a lot but in many cases was too complicated,” Roger explained. So some features had to be simplified. Yet communicating that to customers who had become familiar with these features was a challenge. “We had to show customers the tradeoff – the other benefits they’d get with the new product.”

SafetyChain’s management team had to share the vision of what the product could be and do. Still, some of their customers needed old system features that were a lower priority on the new version. “We had to say ‘That’s okay; we will support our legacy system until we have functional parity. Some customers re-evaluated their needs and changed their approach.” Roger explained, “We had to work with our customers on those tough decisions.”

“We had to show customers the tradeoff – the other benefits
they’d get with the new product.”

Lesson #2: Doing it all at once is the right approach in certain circumstances

Roger explained that when he came to SafetyChain, his previous modernization experience had been incremental change. At SafetyChain, the team made the opposite decision. “We decided we would take the ‘Big Bang’ approach rather than incrementally modernize,” Roger explained. “We had a small enough number of customers it made sense to just bite the bullet and do it right from the beginning.”

It was the right decision, but a huge decision. “Bold and scary.”

Looking back, Roger is glad they took the all-at-once approach. “It was a tough year but I’m glad we did it the way we did it, that we took all our pain and challenges up front. I’ve done it the other way too and that’s 10 years worth of slow, steady pain.”

And on the upside, in relatively short order SafetyChain built a great platform that customers love.

“We had a small enough number of customers it made sense
to just bite the bullet and do it right from the beginning.”

Lesson#3: Hire a development partner
Hiring a development partner was never really a question for the SafetyChain team, who had just 18 months from when they began the effort to when they planned the initial release. As Roger explained, “There was no way we were going to hire all the people we needed to get the job done in the time span we had. We needed a partner to get the team and skills and ramp it up.”

The challenge came in part because they were looking to innovate with emerging technologies. “We said ‘Let’s not build this the way we built the last generation. Let’s look at emerging technologies. Let’s look at microservices, event-driven architecture, etc.’ But guess what? All that’s new. A lot of folks hadn’t done that before, hadn’t run into all the subtle intricacies that can bring to a project.”

And that’s where the development partner – Xoriant – came in. “Xoriant had folks lined up to work on this project because it was exciting, new, greenfield tech,” Roger said. (And it’s true.)

“There was no way we were going to hire all the people we
needed to get the job done in the time span we had.”

Having begun the modernization initiative in June of 2014, SafetyChain released its new product on schedule in January of 2016. And…it didn’t quite work as expected. “This was our ‘Don’t Panic’ moment,” Roger explained. “As with all new technology, we had made assumptions that didn’t quite pan out the way we thought they would. Challenges arose that we hadn’t counted on.”

But the SafetyChain team remained committed to the all-at-once approach. “We reevaluated. What was working? What wasn’t?” Then they rolled up their sleeves and set to work improving the areas that needed it. It was a team effort, not only IT but the rest of the company, too. “Customer success teams had to work closely to support our customers,” Roger said.

It took some effort, but SafetyChain worked through the challenges. “Customers are happy and we are seeing the benefit of what we had done,” Roger said. Lesson learned: Modernization is a journey, not a destination. And it always takes longer than you think it will.

“It was tough, but the most worthwhile endeavors always are.”

The always-tough, sometimes-painful journey of product modernization was well worthwhile, Roger said. “It transformed not only our technology but the whole business. We’re proud of the product we built. We’re proud of the impact to our customers. It’s exciting to hear a customer say ‘I made this form myself and now it’s being used in the field. I’ve got amazing reports, charts, and graphs that I can share with my management team that before took weeks and now they have them immediately.’”

Through modernization, SafetyChain has doubled its customer base and cut IT costs in half. It was tough, but the most worthwhile endeavors always are.

Visit the Product Modernization Hub to read the case study of our work with SafetyChain – and get other tools to help you navigate your own product modernization journey: https://bit.ly/2RnTNxe

A Tale From the Front Line of ISV Product Modernization