An API (Application Programming Interface) is a collection of software functions and procedures known as API calls which can be called & executed by other software applications. A test harness, an application that links the API and methodically exercises its functionality, would be constructed to simulate the use of the API by end-user applications during testing.

The API Testing would be performed for such systems having a collection of API that ought to be tested. During testing, following things should be considered:-

Why you need it?

As per the below given quote:

“One day you may achieve something that we Simpsons have dreamed about for generations. You may outsmart someone.”

There are always few situations in every project which demand out of the box thinking to generate some errors.

Many of us have been in such precariously held positions where we need to reproduce a defect of production environment on our local machines. This is the time we need to think something different from ordinary. API testing can help in such cases where errors cannot be reproduced from GUI.

How to test using API?

An API could to be used to perform a specific action such as:

Using API testing user can generate unexpected behavior of the application in unexpected scenarios. For example: there are role specific accesses in every application, admin user has all rights and they can create update or delete anything, whereas other user do not have all the permissions. A general user can try accessing the functions of Admin user using API. Of course, one needs some tools to do that.

API requests should be self-explanatory & clearly define the exceptional conditions. And such conditions should be verified. For example: handling blank requests, missing data, invalid data, invalid user name and password and server response like HTTP 500 error or successful response messages like HTTP 200 Ok, Ok with Errors or Error processing request.

Pros and cons of API testing

There are many open source tools available such as:-

JMeter is an open source tool which can be used to run a suite of API’s. If a user wants to run around 2000 API’s; JMeter has an answer to that. Using JMeter user can execute 1000’s of APIs with a single click. Click here to get more info on How to use JMeter .

Hurl is a web-based tool for testing APIs. You could choose the request method, customize headers and POST parameters, add basic authorization, and follow redirects. Then view the nicely formatted request and response. It is a very clean and easy tool for testing your APIs.

Fiddler is a free Web Debugging Proxy which logs all HTTP(S) traffic between your computer and the Internet. It is a desktop application that only runs on Windows operating system. For more details, please visit Hurl and Fiddler.

Test manager is tool to test API request and response on a particular server. User has to enter the application IP and application port. Then create new request from “Create new request” button followed by copying the request-data in request message and run the ‘Test’. On successful execution, a response would be received. ‘Http 200 Ok’ indicates the request has been executed successfully. Following snapshots describe this:- 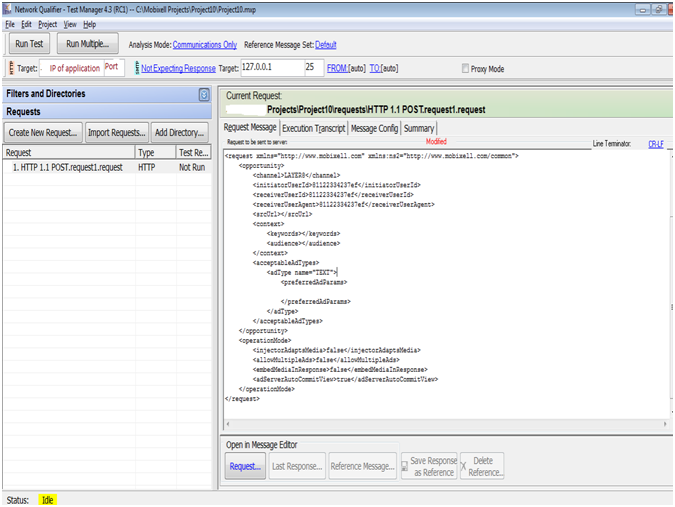 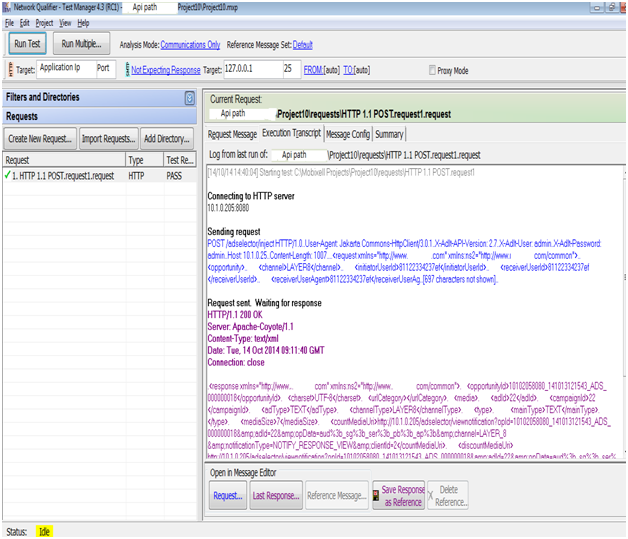