From the days when we used to play pixel-sized brick in Tetris in our hand held mini game consoles, to the 8 bit colored guy jumping over the poisonous tortoises, hopping in clouds and into tunnels as Super Mario Video Games, there is huge difference in video gaming world of today. Real life like graphics, Artificial Intelligence, and plots are the dominant factors. The video games are more sophisticated and are evolving in every new version. At present, major game console manufacturers include popular companies like Microsoft and Sony with their X Box Series and PlayStation Series. These companies also keep on pushing the limits of the hardware used in their Consoles, to deliver a more realistic gaming experience with faster processing and HD graphics. They have also introduced the feature of online networking between gamers using consoles or computers that have taken video games a level up in gaming experience. All of us are very much familiar with the Legendary Super Mario Character from Nintendo. Below is the Super Mario character in its many versions. As the years passed by, we can clearly see the enhancement in the graphics quality of the character. 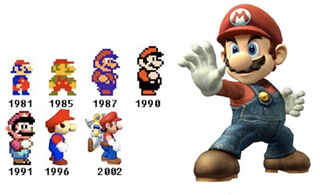 When we consider highly popular games like Call of Duty, Grand Theft Auto, Unreal Tournament, FIFA, and so on the characters are almost real lifelike. 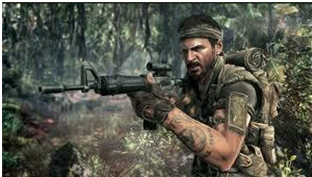 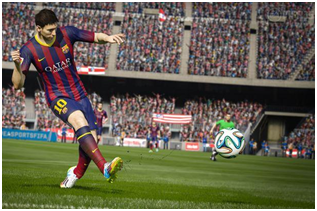 Let’s understand the technicalities and the effort needed to create the characters for such AAA Games (Video Game Industry term used for games with the highest development budgets and levels of promotion). 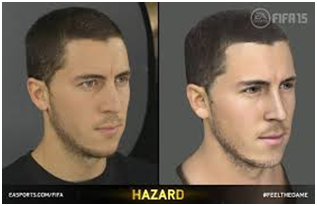 Next step is to put the respective profile photos of the character into the viewports of the 3D Software like Autodesk Maya or 3D Studio Max to create the base polygonal mesh of the character in the specific polycount specified by the game engine, within which the entire game is developed. The following bust of the character is being made with approximately 4500 polys. 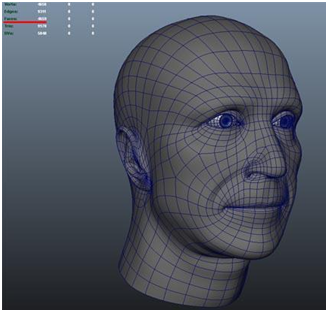 This base poly mesh is then taken into the software called ZBrush for more detailed sculpting and polypainting (Refer http://pixologic.com/zbrush/features/PolyPaint/ ). Once the base mesh taken into ZBrush is sculpted and poly painted to match the real life character, then the sculpted polymesh is exported into a file format compatible with Maya or 3D Studio Max and the Polypaint gets exported into different layers such as Diffuse, Cavity, Ambient Occlusion, Displacement, and Normal Maps.

All of this is than taken into a 3D Software such as Maya or 3D Studio Max for the final output into the game engine. Once finally put into Maya, the above sculpted character bust looks something like this.

Not only game characters, almost all game assets are being developed in 3D in similar ways. I will come up with a more detailed explanation about the game character development techniques using Autodesk Maya, ZBrush, and Adobe Photoshop for AAA Games in our other blogs.